KenCrest turns 117, Celebrate with a Walk Down Memory Lane

With a history spanning 117 years, KenCrest has withstood the test of time but never lost its true north: helping people, especially those with disabilities.

For 117 years, KenCrest has supported community development by exploring possibilities, mobilizing resources, and empowering dreams for those with developmental and intellectual disabilities.

From helping people suffering from Tuberculosis to assisting people with disabilities achieve a meaningful, independent life, KenCrest is and always will be about the people.

To celebrate our 117th birthday, take a stroll down memory lane and discover the incredible journey KenCrest has taken throughout history. At the turn of the century, Tuberculosis ravaged the United States as the second longest cause of death in the U.S. at the time, and the aptly named “White Plague” wreaked havoc on Kensington, Pa. To combat the onslaught of disease, Sister Maria Roeck and Rev. August Fischer came together to help those afflicted by providing care.

Sister Maria Roeck, a robust and forceful woman, “was strong enough to survive a man’s world and lead men who were themselves leaders in their own right,” according to “KenCrest: A Story of One Century, Two Missions, Three Pioneers.”

She spent the 42 years of her life taking care of her partially disabled mother, and when she passed, Sister Maria applied to the Lutheran Deaconess Community. With a forceful and direct leadership, Sister Maria earned the respect of numerous doctors and was determined to help those who needed it most.

With the help of the St. Michael Lutheran Church‘s Reverend August Fischer, the Kensington Dispensary opened on March 29, 1906. During that first year, the dispensary had 238 patients registered.

At the dispensary’s start, it had an all-male board of directors with a women’s auxiliary to socialite funds. But, a few months later, Kensington Dispensary’s board changed thanks to the Articles of Incorporation, which allowed the dispensary to care for everyone and introduce a committee led by 15 women of the Evangelical Lutheran Church. Due to this change, KenCrest became a women-run organization for 65 years. After a few years, many doctors noticed improvements in children who ventured away from the city and enjoyed time on a farm. Their spirits and condition greatly improved. So, Sister Maria and her board decided to buy the Rivercrest farm and turn it into a home and dormitory for children with TB.

Rivercrest opened its doors in August 1913 with its first group of 53 children. By the end of 1925, Rivercrest cared for more than 2,000 children, and at a joint meeting of the Dispensary Board of Managers and the River Crest Committee, they decided to build a new and larger facility. Thus, began fundraising campaigns with the slogan, “Gus us a Place in the Sun.”

With a campaign goal of $200,000, the board engaged Mrs. Currier to lead the campaign. As campaign director, she was able to make this a city-wide campaign.

On April 30, 350 campaign workers assembled to bring together their final donations, totaling $232,395. Work on the new building began in May 1927. On April 29, 1929, the brand-new Preventorium building was finished and dedicated in a grand ceremony.

Sister Maria retired from her position, and Sister Bertha Stickel, R.N., took over leading the dispensary through World War II. Sister Bertha ignited the change from helping people with Tuberculosis to assisting people with general health concerns in the poorer Philadelphia communities.

A new Deaconess-In-Charge was appointed, Sister Grace Jones, who improved a mission that endured 50 years. She reshaped an organization that lasted 70 years.

As the third Deaconess, Sister Grace changed the mission from TB to helping people with developmental and intellectual disabilities and their families. She firmly believed in family support and wanted to ensure that it met the needs of the family and the people we support.

It was custom for a person with disabilities to be placed within an institution like Pennhurst during this time. At the same time, children with disabilities raised at home couldn’t attend a public school. Along with many supporters, Sister Grace thought this was wrong and wanted to create normalization around people with disabilities and treat them like any average person. The Kensington Dispensary became the first non-institutional education program in the country after three children with developmental disabilities began attending classes. The goal of this program was to teach these children to have meaningful and whole lives within their community.

With a clear need for community-based programs, Sister Grace formed a second class at the Kensington Dispensary, and a class began at River Crest for children with developmental disabilities. River Crest even included a summer camp program. With the new concept of civil rights coming into play, the form of “normalization” for people with disabilities was becoming closer to realization. The Commonwealth passed the Mental Retardation and Mental Health Act, which allowed the Dispensary and River Crest programs to receive governmental funding.

For decades, the Kensington Dispensary and River Crest operated as two separate entities with different Boards of Directors. Under Sister Grace’s rule, she combined the two into a single board with a new name: KenCrest Centers for Exceptional Persons. Connecting the agency allows for a more effective way of dealing with governmental bodies.

After the merger, Sister Grace took a step into the background, becoming Director of Residential Services at River Crest, while James O. Vammen became the Executive Director of KenCrest.

As a visionary, Vammen was eager to see normalization implemented in Philadelphia, so he converted the dispensary into a group home for eight teenagers with developmental disabilities. He pushed policy makers to develop and fund Community Living Arrangements—small-group residential settings in local neighborhoods—so they could become active in their community.

The Harrisburg Office of Mental Retardation publicly commended KenCrest for its innovative programs. The Individuals with Disabilities Education Act was signed, causing Pennhurst to close. KenCrest then became the leader in developing Community-Based Services in Pennsylvania and Delaware.

William J. Nolan had a son born with multiple disabilities who passed before his first birthday. After his death, Nolan began volunteering at KenCrest as a fundraiser. He then was promoted full-time as the Executive Director of KenCrest, where he expanded Sister Grace’s mission.

Nolan believed that as KenCrest’s mission grew, the balance of privately contributed funds and governmentally contracted funds would shift focus onto the ladder. So, he separated the agency into two corporate bodies: KenCrest Services, which manages programs funded through government contracts, and KenCrest Centers, which operates services provided through private funding. When Congress signed the 1975 Individuals with Disabilities Education Act, KenCrest realized that although KenCrest transformed its River Crest building from an institutional-styled building to a cluster of homes, the people living there were still set apart from the community. So, Nolan decided to depopulate River Crest and move those 75 people into homes within the community. It took five years to place those residents into the best houses properly. Learn more about the services we provide by clicking on our programs below: 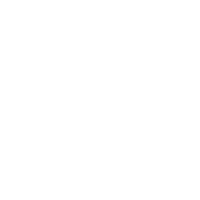 Your contribution helps KenCrest provide services that equip our community members to reach their full potential and meet their personal goals. Join us in our mission and see the impact you can have in your community! 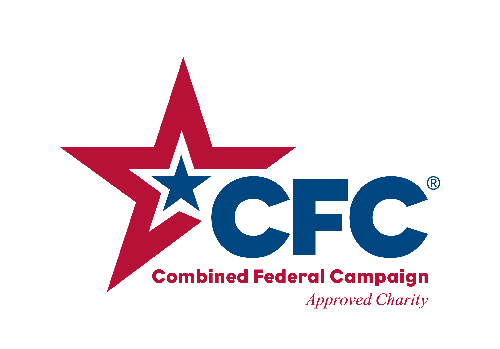 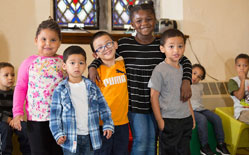